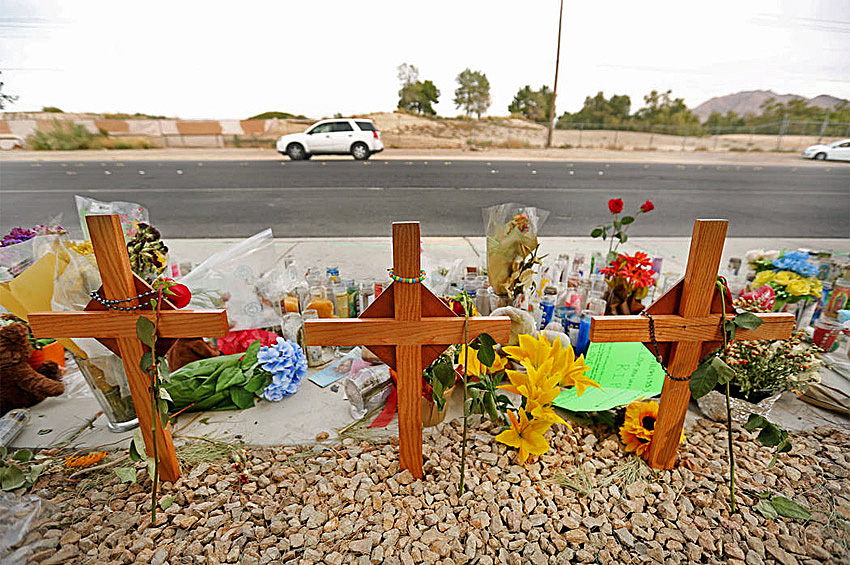 People on foot are the most vulnerable road users of all, and Clark County walkers are in the most danger in our state. In 2017, 78 pedestrians lost their lives, 10 of them were not in the street, but on the sidewalk. While overall fatalities in Clark County were down, pedestrian fatalities rose almost 38 percent!

There are many reasons for our troubles: personal behavior of pedestrians and drivers are a large part of the equation, but how we build our roads and how fast we drive are also a large part of the problem. The news in Clark County is not all bad, and I’d like to focus on the positives… this blog we’ll look at Boulder Highway.

State route 582, better known as Boulder Highway, is a 14 mile stretch of highway that stretches from Boulder City to downtown Las Vegas; traveling through Henderson, Urbanized Clark county and City of Las Vegas. It was once the original path from Las Vegas to Boulder (now Hoover) Dam.

Boulder Highway is long. Flat and very wide; the right-of-way is 200’ at it narrowest and over 700’ across in “old” Henderson. These elements make the road very fast, you don’t notice how fast you travel; and when you add long stretches of road with no legal, and especially easy places to cross the street, you end up with what has become the deadliest street for those on foot in Clark County.

In 2015 there were 12 pedestrians killed on Boulder Highway; as a result, the Southern NV Pedestrian Task Force put a day-long summit together to start a conversation. Hosted by Boulder Station Hotel and Casino, the event , which was all day, focused on the history of the road, from crashes to bus ridership, vehicle counts and the built environment. We aslo spent 2 weeks surveying road users from US 95 to Tropicana, which is the most dangerous portion of the road.

When we asked Boulder Station we said we thought about 25 people would attend; 67 people came and spent the entire day. From this beginning, the Boulder Highway Coalition was formed. Short and long range goals were developed and people were focused on changing the street to save lives, reduce crime and return life to the street. Our biggest goal was to turn the highway into Boulder Boulevard.

The RTC of Southern Nevada and Nevada Department of Transportation were both involved; and took the effort to the track that was needed; they issued an RFP for a redesign of the road. Ultimately, in January of 2017, Atkins Global was chosen and has made quick, steady progress.

To find out more about Reimagine Boulder Highway, you can visit: https://www.rtcsnv.com/boulderhighway/ and read all about it. Truth is, this project cannot get completed and funded soon enough, in 2017, 9 pedestrians died on the street. In the short term, the speed limit, while still high, has been lowered on part of the road to make the entire 17 miles 45 mph; NDOT has begun adding crosswalks and making improvements to existing crosswalks, including the deadliest crosswalk in Nevada and Boulder and Sun Valley.

So, while we have challenges, that require our full attention, there are many positive things happening to help save pedestrian lives in our community. If you have a question, please click the contact us button and let me know… I’ll try to answer it for you.

Until next time; make sure you plan for safe travel, no matter what mode of travel you choose.